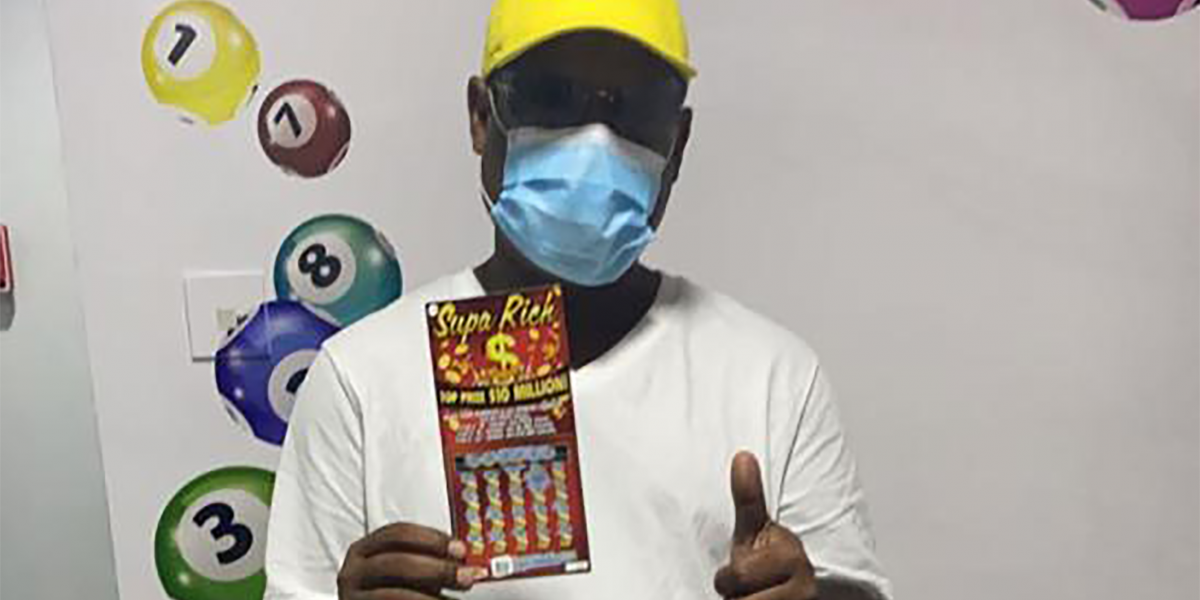 A rural farmer is the latest instant millionaire after claiming One Million Dollar winnings from a $1000 Supreme Scratchaz ticket.

The lucky player was over the moon with his unexpected windfall and has already decided how to use it. “This is my first big win and it feels really great to be a million dollars richer. This money is going straight into finishing up my house. It came at the right time. I’m so happy for this money and I’ll definitely be buying more Scratchaz!” he said.

The winning Supa Rich ticket was bought in Christiana, Manchester.

Supreme Scratchaz is the instant win scratch card game from Supreme Ventures. Since the product was launched in March 2022, players have won over over Three Billion Dollars in prizes.

Customers currently have a selection of ten different instant win scratch games ranging from J$100 – J$1000 per card and have the chance to win up to J$10 million dollars instantly.