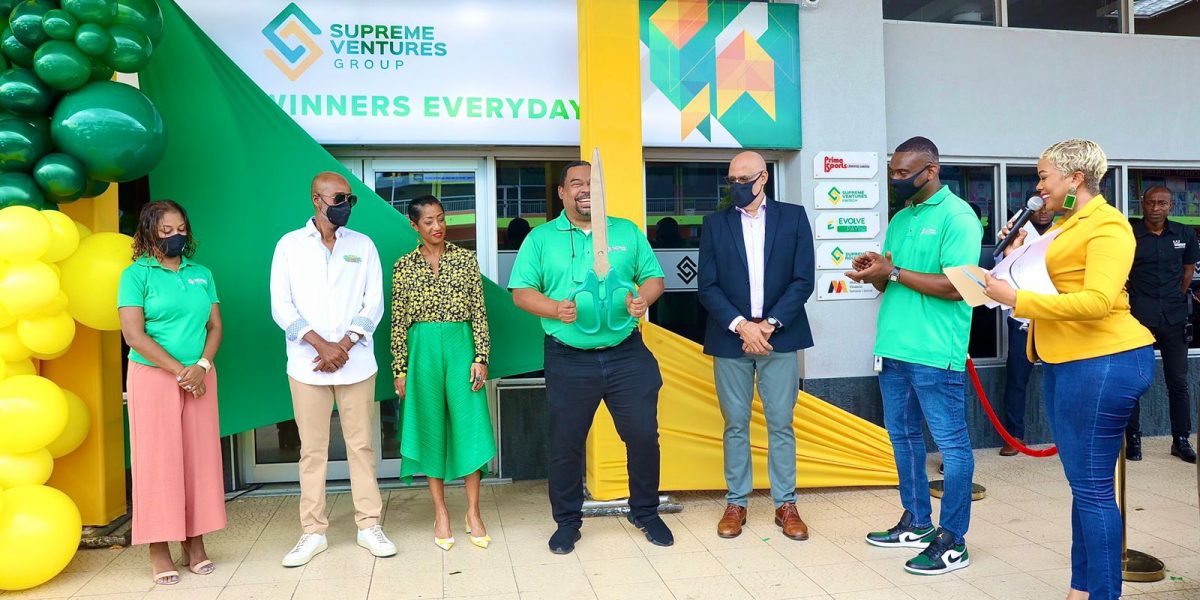 In addition to selling the company’s games, the flagship store, in which it has invested some $100 million, will offer more products from its growing portfolio on the company’s 21st birthday.

Customers who are used to its regular numbers and scratch games, will be happy that the 4,000 square foot space also has video lottery terminals in its gaming lounge; access to purchasing phone credit and other such products; as well as accessing loans from its new micro-lending arm, McKayla Financial Services, and bill payment through Evolve Pay, a new bill payment product.

“I take pride in the fact that our company continues to make significant progress,” SVL Executive Chairman, Gary Peart, told an impressive crowd which filled the new facilities to hear from him, as well as CEO of its subsidiary, Prime Sports Limited, Xesus Johnston, and guest speaker Keith Duncan, President of the Private Sector Organisation of Jamaica (PSOJ).

Peart also announced that after a wave of success in its operations, notably with the recently released instant scratch-off card game, Supreme Scratchaz, SVL had decided on the new flagship location to house all the games its customers have grown to love and more, as well as access to its latest financial services product.

He said that the opening of this tenth company-owned location exemplifies the attitude and approach of hard work exhibited by SVL.