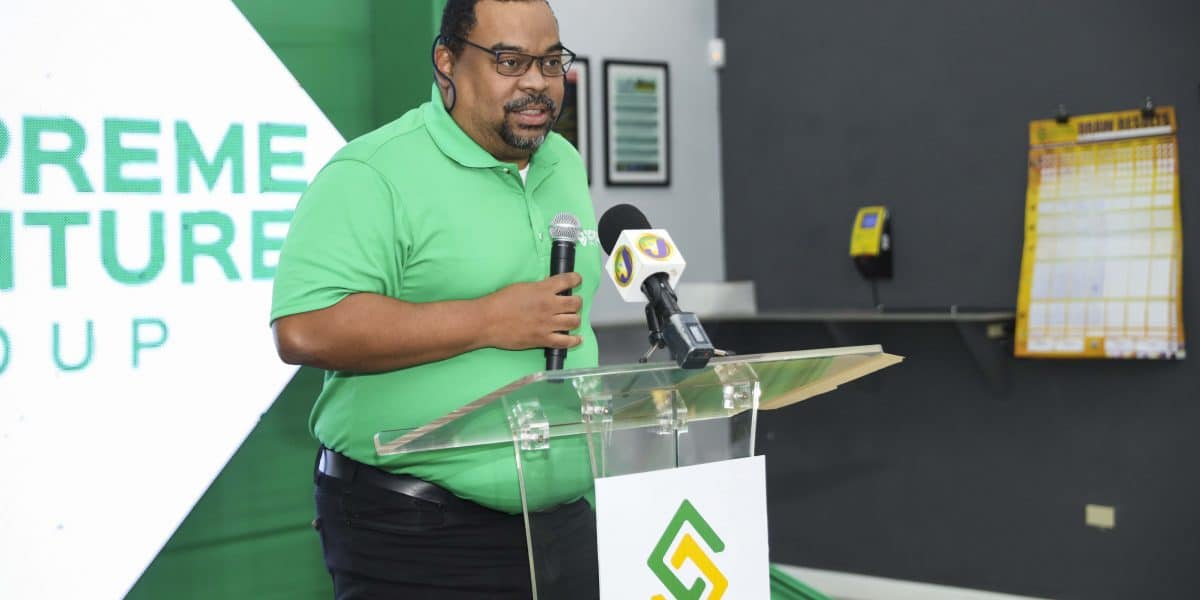 “The average person sees SVL as a lottery company. We don’t see SVL that way. We see SVL as a transaction platform with lottery bolted on. Basically, what the shareholders will see systematically over the increments of six months to a year is where we’ll be bolting on additional businesses onto that transaction platform,” stated executive chairman of SVL Gary Peart at the company’s annual general meeting held recently at the AC Hotel by Marriott in St Andrew.

SVFL is lead by recently appointed SVL Vice-President Jean-Pierre Robinson with the company adding Delroy Anderson at the start of the month as the chief innovation officer. The subsidiary is currently building out its Evolve brand which was revealed to be looking to make its presence known in the loans and bill payment market which is expected to be launched in the fourth quarter. The bill payment market was valued at over $400 billion spread over more than 23 million transactions at the end of 2021 according to Bank of Jamaica (BOJ) data. SVFL has a 51 per cent stake in microfinance provider McKayla Financial Services Limited.

“Evolve is a digital microfinance loan product and powered by artificial intelligence. We currently have it rolled out within our retail network and once we complete that pilot, we’re looking to expand it outside of the retailer network. SV Fintech is the company that is going to have all of those online products that I referred to. In some instances, you’re going to need BOJ approval, but there are other businesses which will be rolled out by next month that will not need that approval,” Peart added on the Evolve platform.

This move by SVFL comes as other players aim to enter the market space for bill payments and an expected consolidation of players in the microfinance space as the BOJ begins to regulate the sector. Hugo is considering to partner with an existing bill payment provider in Jamaica while WiPay was looking to enter the online bill payment space after partnering with Prime Trust Financial Corporation recently. Prime Trust operates the Quick and EZ Bill Pay platform while the rest of the market is dominated by Bill Express and Paymaster. Alliance Financial Services Limited is currently building back relationships in the payment space under its new parent company, Sagicor Group Jamaica Limited, after its December suspension by the BOJ resulted in numerous contracts becoming void.

SVL is also deepening its reach in processing the payments of various businesses through its Charge Up platform. Charge Up currently has more than 600 retailers on board across the country with Digicel, Flow, Ready TV and EduFocal as some of the entities using SVL’s deep retailer presence to reach various under and unbanked individuals. SVL is adding more businesses to this platform as it expands its 2,000 plus retailer network through Carreras’ more than 8,000 distribution points across the country. Its Pin Code segment earned $3.06 billion in its first quarter with a segment result of $84.29 million.

“Charge Up is one such business. We’re constantly on the lookout for additional businesses to put on the Charge Up platform, but also on the transaction platform that powers SVL,” Peart said regarding the SVL platform.

When asked about needing to get licenses from the BOJ, Peart explained that McKayla was on track while Evolve was unaffected since it is currently an internal product. McKayla is currently integrated at SVL’s newest payment centre at Twin Gates Plaza in Kingston.