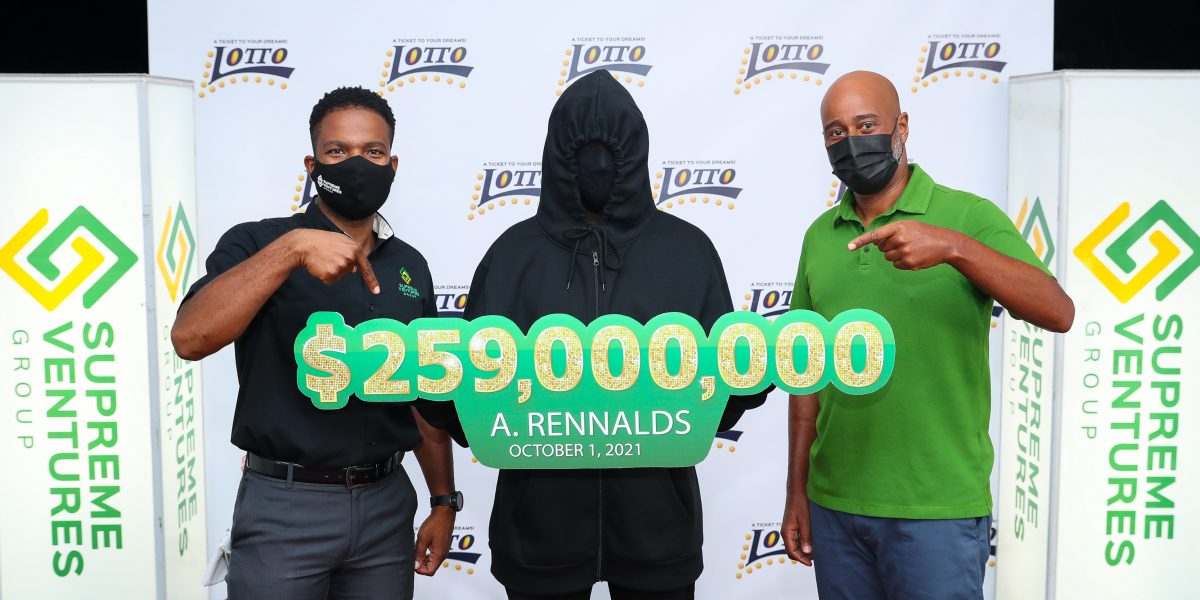 Supreme Ventures has created history in the gaming industry once again – producing Jamaica’s first online millionaire! SVL is celebrating its first Lotto winner on the SV Games App who won a whopping $259 Million.

The winner, A Rennalds says they have been playing Lotto since the start of the game over 20 years ago, but only hit gold, when they registered and played on the app.

Rennalds’ win may not be the largest in Supreme history with the heaviest jackpot being $395 Million in 2015, but it is the largest win ever scored on the app that was launched in October 2020.

CEO of Prime Sports (Jamaica) Limited, Xesus Johnston says this is a true Supreme win with the largest jackpots on offer in the industry and the convenience of placing bets online.

“Supreme is unmatched when it comes to the jackpots, Jamaicans can win when they play our games, we have the largest jackpots in the country and we have pushed SV Games to become the channel of choice for many persons. We want to expand  the customer experience by being not just the provider of the most fun games, but the easiest and most convenient gaming solution provider,” he said.

Rennalds, who says they usually purchases a physical ticket, started playing on the app in March.

“It has been much easier to buy on the app. I can buy more tickets, especially quite a few quick pick tickets. It’s very convenient because when a number pops up I can buy right away, no delay,” they said.

Rennalds said that while they have a set of numbers that have sentimental value, the winning numbers were a random set purchased on the app at their office as soon as they came to mind.

“The app has changed my gaming habits as it is very convenient. If you’re running late, you can just go on the app, don’t need to chase stores saves time,” Rennalds said.

Rennalds, who received news of the win through automated text message, is still absorbing the news.

“I got a text that I won a high tier prize on SV Games. When I saw that text, I said ‘yes, this is it’. I opened the app and found out I really won. And it wasn’t spam. I felt so excited! I’m still absorbing it now,” they said.

Rennalds who described life as “ok” before the big win says they can finally hang up their hat and retire as his dream of winning has finally come true.