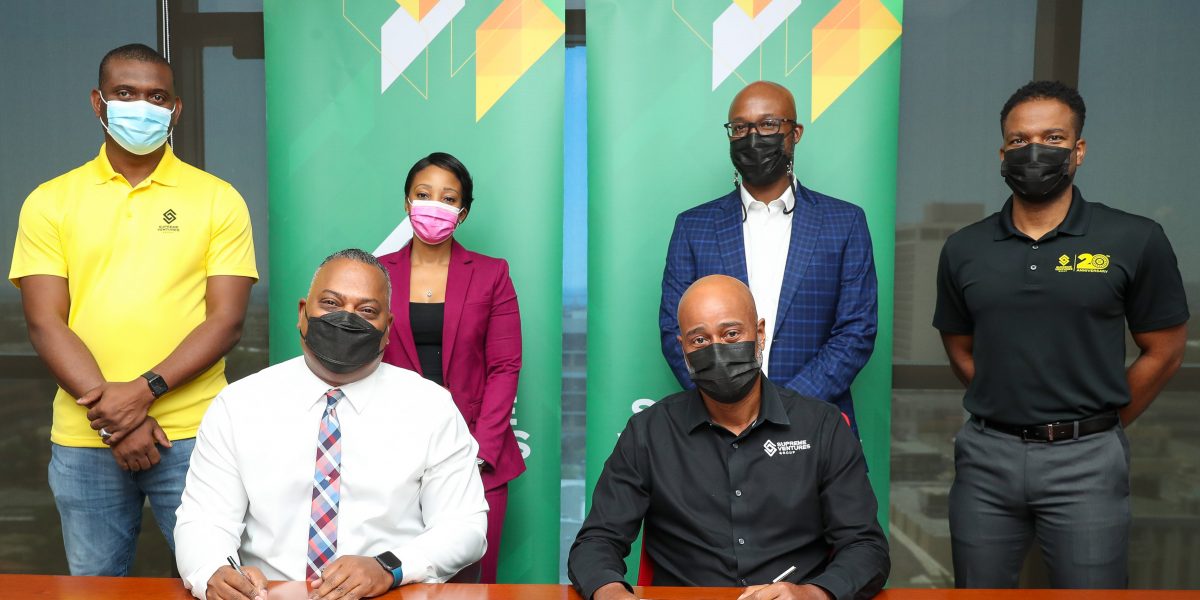 Gaming and entertainment company Supreme Ventures Limited is partnering with cigarette distributor Carreras Limited to push their products through a network of micro-entrepreneurs.

The two publicly listed companies will be pumping in upwards of US$600,000 ($90 million) into outfitting special kiosks and developing sales networks for their products, they announced at a signing ceremony.

The partnership will cover SVL’s company-owned and third-party retail stores, as well as its newest sales channel, Supa Sellaz. And Carreras expects its 6,000 cigarette vendors to participate, according to Managing Director Raoul Glynn.

“When we see the Supa Sellaz on the streets, knowing that they have the full suite of products from Supreme Ventures but also the key brands that we have from Carreras, it creates an opportunity for legal employment, but also critical tax revenue,” Glynn said.

Xesus Johnston, CEO of SVL lottery subsidiary Prime Sports, says the agreement should lead to new job creation, while opening channels for both companies to drive up revenue.

“The impact that you will see is that a number of micro-entrepreneurs such as our Supa Sellaz, who were only selling games, will now be able to have the range of Carreras products,” Johnston said.

SVL began rolling out its Supa Sellaz concept in November 2020 to counter increased competition from illegal lotto vendors and the entrance of two new licensed players, Izizzi and Lucky Play. SVL Chairman Gary Peart said at the lottery company’s annual meeting in September that they hold 99.5 per cent of the legal gaming market.

SVL is banking on increased payouts and the popularity of games such as ‘Money Train’ to maintain, and possibly extend, its market edge amid the new rivalry.

In addition to the 6,000 cigarette vendors from Carreras, tobacco boss Glynn said it was likely that another 1,500 sellers would be deployed in the inner-city areas.

“This move will provide more jobs as persons will have to be enrolled to manage the kiosks, while providing retailers with the ability to generate more revenue by offering Carreras products alongside their SVL gaming solutions,” he said.

Johnston said that Carreras and SVL representatives have already engaged retailers who customers can expect to start interacting with this month, and that the state-of-the-art kiosks will begin to pop up in November.