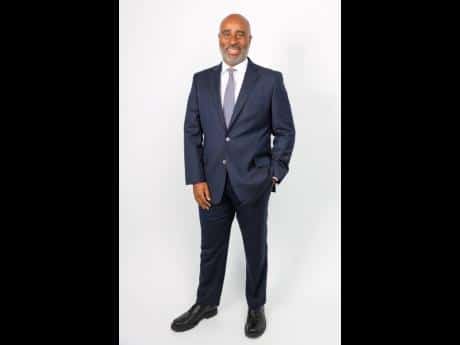 Soon after its start up, Goodwill Gaming had its operations halted by the regulator, Betting, Gaming and Lotteries Commission, BGLC, to iron out potential breaches of its approved operating guidelines.

As the market heats up, Johnston is reporting that the entry of new gaming companies and increased activity in the trade has led to what the SVL executive described as “channel conflict and confusion” at some retail locations, with some gamers being sold products other than what they intended to buy when bets are placed with agents that sell for the various lottery companies.

“I think that at the appropriate time, there will need to be some discussion – possibly an industry-wide discussion. At some point, the regulator may have to get involved in those discussions,” Johnson told Financial Gleaner while noting that videos have been circulating on social media showing the confusion created by the sales mix-ups.

Asked about SVL assertion and whether it was prepared to jump in to referee the matter, BGLC Executive Director Vitus Evans said the matter has not been brought to the attention of the regulator.

“The BGLC has not received any formal complaints from any licensee or consumer on this matter,” Evans said via email to the Financial Gleaner.

Attempts to get a comment from Mahoe Gaming were unsuccessful.

The market buzz has centred mainly on the popular single-number games, which are heavily advertised by both SVL and Mahoe Gaming.

SVL, which was the sole operator up to this month, has been particularly aggressive in the market since February 5, when Mahoe Gaming started its Izizzi games, paying $260 on every $10 bet for its One Drop single-number game.

On that day, SVL upped the prize on its Cash Pot game from $260 to $280 for every $10 bet, pushing the envelope further to $305 a few days later in an apparent move to outpace Goodwill Gaming’s planned $300 payout on every $10 bet for its Big Pot single-number game.

Cash Pot has been a cash cow for the SVL Group, pulling in around $30 billion in annual revenue the last time the lottery pioneer itemised its game earnings, two years ago. Comparatively, its next biggest game, Money Time, was then bringing in $6 billion.

“This is an unusual time. Jamaica is one of the only markets that has three operators offering the exact same product,” said Johnston. “What we are focused on is making it very clear to the consumers what our product is …,” he said.

SVL is facing direct competition for the first time, having dominated the lottery market for two decades. This June, it will mark 20 years of operation. It’s been positioning the business to take on the new rival lottery operators through game innovations; offering products that, Johnson noted, “persons in the gaming space will want to play”, but also hedging its bets by diversifying the group’s revenue base through business acquisitions and expansion into foreign markets.

Johnson said the SVL Group has been pursuing a business realignment strategy devised in 2018, with implementation starting in 2019, in preparation for the day when it would no longer be the only provider of lottery and gaming services in Jamaica.

“When we looked at the business that is SVL and our reach, we decided that our strategy would be to grow and diversify in the market,” he said.

Its M&A forays include Caymanas Park horse racing track; odds maker Post to Post Betting, which trades as AnyBet; the assets of Champion Gaming last year; and its most recent, McKayla Financial Services, which was acquired this month.

This action to consolidate the operations of two of its formidable rivals, AnyBet and Champion, within the group, Johnston said, has given SVL a better foothold in both the sport betting and slot machine markets.

Through McKayla, the company has stepped out of its comfort zone, the betting and gaming arena, into microfinancing.

As to its core business, SVL now operates a network of about 900 retailers, more than 1,300 physical sales points, and its recently introduced cadre of 100 ‘supa sellaz’ mobile sellers.

“We have invested billions of dollars in building out a very good channel. We are here to stay … ,” Johnston said.