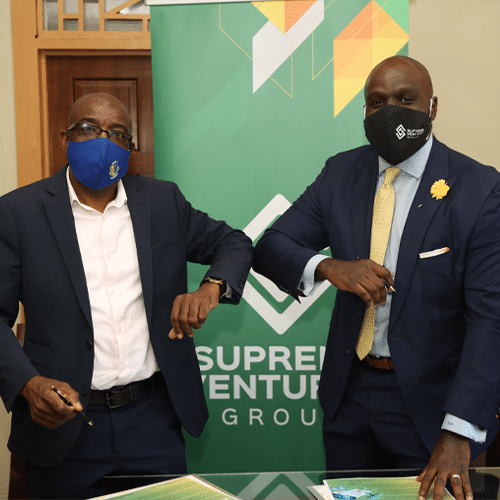 On the same day that a new lottery operator entered its core market last week, gaming company Supreme Ventures Limited, SVL, inked a deal to purchase a 51 per cent controlling interest in microlender McKayla Financial Services, signalling SVL’s diversification into an additional business line to grow revenues and differentiate itself from competitors.

The acquisition of the Kingston-based microfinance company with seven locations nationwide and a customer base of more than 3,000 became effective on Friday, and was done through a newly created subsidiary, called Supreme Ventures Fintech Limited.

New financial products are expected to be rolled out over time through the new subsidiary.

The acquisition project and new subsidiary fall under the leadership of Damian Duncan, the new senior vice president of Prime Sports Jamaica Limited, another SVL subsidiary. Duncan joined SVL last August from National Commercial Bank, where he headed up mergers and acquisitions.

The McKayla acquisition price was not disclosed. Officials of SVL and McKayla said the merger would create a larger pool of funds for on-lending through the microlender’s network as well as via some of SVL’s network of 1,250 agents across the country.

Neither Duncan nor McKayla’s Managing Director Delroy Josephs was prepared to say if the proceeds of the sale would be applied directly to on-lending, nor was Duncan prepared to say which, if any, of SVL’s current technology providers would be engaged in building out a digital platform for the integration of the microfinance solutions.

“A lot of that is proprietary but we live in a world that is more and more digital. What we expect is for customers to have an easy interface on their phone, computer or tablet; that interface gathers all the information we need, addresses all the regulatory issues, and we provide a service within that framework,” Duncan said.

SVL’s entry into financial services is expected to distinguish it from its competitors in the lottery business that SVL officials view as an increasingly mature business likely to bring declining financial returns as the space becomes more crowded. On Friday, new competitor Mahoe Gaming rolled out its Izizzi lottery games.

Duncan was not prepared to discuss new areas of business into which SVL planned to branch out, but said the group was on the lookout for new opportunities for mergers and acquisitions.

Business demands will determine whether there are more brick-and-mortar locations and which of the independent agent locations would be utilised as service points for the finance products. No name change is contemplated as SVL officials are convinced that McKayla Financial Services enjoys a strong brand presence and recognition in the market.

The acquisition is also being promoted as a benefit to SVL’s network of agents.

“The SVL agents are looking for financing solutions,” said Duncan. “If you can come out with a compelling solution that is easy to understand, that is transparent and that addresses the customers’ needs, you can compete in the market, do well and create value.”

There are no immediate plans to take the financial services business overseas as SVL spreads its wings into new jurisdictions including in Guyana and South Africa.

“The focus is on growing the business in Jamaica at this time,” Duncan said, while pointing out that overseas expansion of new the financial services is not entirely off the table for future consideration.