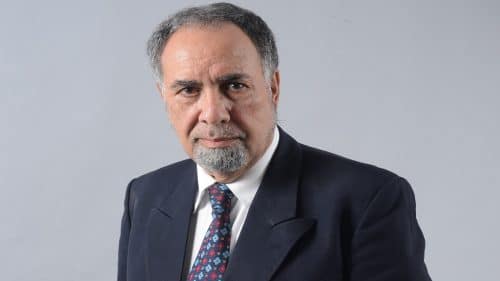 Former Deputy Chairman of Supreme Ventures Limited, Ian Levy has been bestowed with the title of Director Emeritus by the group of companies.

The title was conferred upon the founding board member during a star-studded breakfast on Tuesday, December 15 with Prime Minister Andrew Holness and Finance Minister Nigel Clarke among the guests at the luxe AC Hotel boardroom.

Supreme Ventures Chairman, Gary Peart said the designation was a fitting tribute to Levy who had contributed so much to the country’s first privately owned gaming operation and who also made major contributions to Jamaica’s current economic landscape.

“Mr Levy as one of the founding directors of Supreme Ventures has made such a great impact on the company and on Jamaica and this honour is just a small token compared to what he has given to us as a company and a nation. While we want him to enjoy his well-deserved retirement, we know that he will always be close to Supreme Ventures and is just a phone call away if we should ever need his wisdom,” he said.

In his remarks, Prime Minister Andrew Holness commended Levy’s long track record of creating and pursuing new business opportunities and therefore his “legacy of service must remain a hallmark of Supreme Ventures Limited and all its subsidiary companies even after his retirement,” he noted.

Levy attributed his stellar career in business to his desire to constantly think outside the box.

“I don’t strive to fit in. I am constantly seeking new frontiers and new challenges, and to succeed in business or any endeavour one must always consistently push at the boundaries. I’m always swimming upstream and it has paid off, not just for myself and my enterprises but for Jamaica and the gaming industry,” he said.

Levy received the National Order of Merit (Chevalier de l’Ordre National du Merite) from the Government of France in June 2005. He was also awarded an Order of Distinction (Officer Class) in 2012 and an Order of Distinction (Commander Class) in 2016 by the Jamaican Government. The awards stemmed from his work with several French companies on behalf of the government through his company IAN K (Agencies) Ltd.

Levy announced his retirement effective July 11 of this year in accordance with the retirement age for directors as stipulated in the company’s Board Charter. He has also retired as a director of all subsidiary companies within the group on which he served.

As one of the founding members of SVL, Levy has served as a member of the board in many capacities since January 2, 1998.