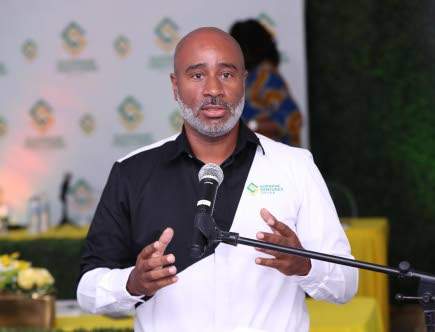 THE usually attractive women with strong Jamaican accents, interspersed at times by an inescapable dialect, are the latest packaged goods to pop in front of eyes in populous and mineral-rich South Africa these days.

That’s because the popular Cash Pot game, played six times a day in Jamaica, every day of the week, has become a fixture in the African land, once a standout for divisive racial conduct by an oppressive few over the masses.

Since Prime Sports Jamaica Ltd, the gaming subsidiary of Supreme Ventures Ltd, rolled out the popular game in the African country, it has been nothing but good cheer in a land that by the clock is seven hours ahead of Jamaica, confirmed chief executive officer of the organisation Xesus Johnston, who brokered the deal.

When it emerged that a Jamaican gaming company had broken into the South African market, it was hard for many to believe. But what has led to that conquest by a Jamaican company with limited clout on the global stage and with limited years of experience in the business, compared to nations that once colonised others?

“We have always had, as a part of our long-term strategy, to look at regional and global growth,” Johnston revealed to the Jamaica Observer in an interview last week. “The opportunity in South Africa is unique but it will not be the only opportunity like this for Supreme Ventures.

Under the arrangement, four of the major operators in South Africa have already taken on Cash Pot, including the largest one — Super Bet — which has already rolled out the game across 4,000 stores. Unlike the setting in Jamaica in which one store has a single terminal, a store in South Africa can have up to 50 cashier points.

“We have leveraged what is a very good game, identified that it has an appeal, particularly in South Africa, and [are] working down there with the partners to grow that game. The only other games likes this I have seen exported are from First World markets,” Johnston went on.

“All of the six Cash Pot draws that we run here are available to the South African market. Cash Pot is the focal point. They like the Jamaican accent, they like the look of the Jamaican people, so we are very proud of that. It has never been done. We have heard of the export of music, all our great performers are performing globally, but we have never heard of the export of what is intellectual property of a game.

“ CVM (Television) and TVJ (Television Jamaica) will license the Fresh Prince of Belair and Star Trek to show down here. We have done the reverse. We have licensed Cash Pot so that people can enjoy it in South Africa. It’s really something that we are really proud of and obviously takes time to build,” Johnston said.

The signal is spread across all provinces, nationwide.

The roll-out is continuing in stores and should be completed by next March, Johnston suggested, pointing to the heavy coronavirus restrictions that have kept things in check in the African continent’s largest gambling state.