SVL Storing Up Cash With New Deals In Mind 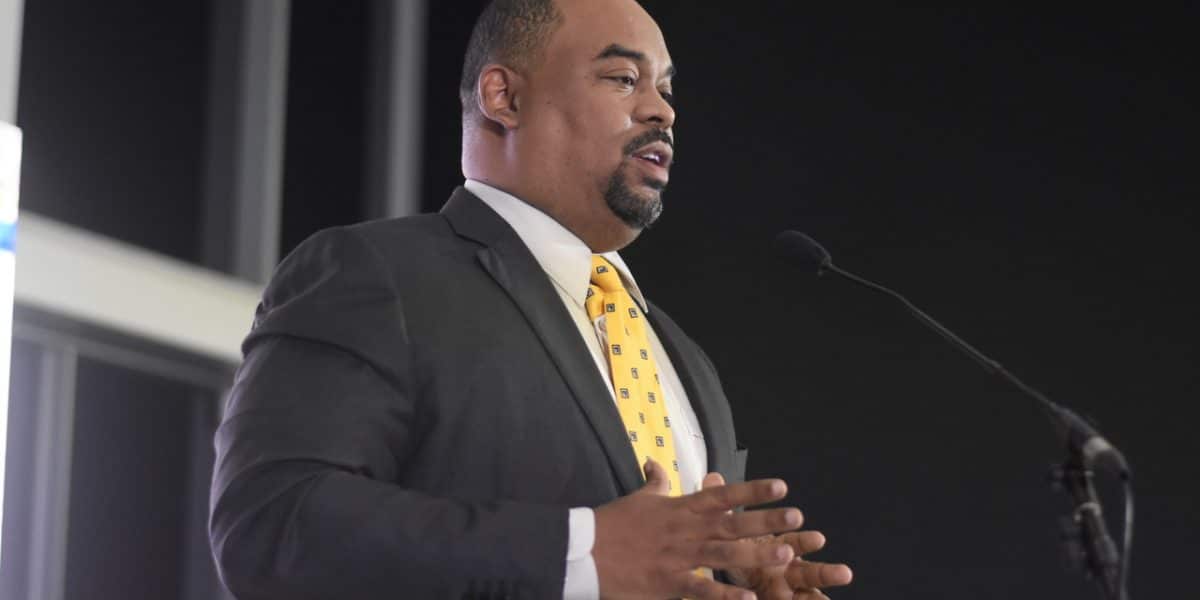 After nearly years spent buying up betting rivals, Supreme Ventures Limited, SVL, has turned to the debt market for capital to pay the bill.

The $3 billion it just raised via a bond placement will be booked in the fourth quarter ending December, adding to the $3.4 billion of cash the company had on hand at the end of summer.

The company is safeguarding cash while hinting at further market expansions.

The bond issued in the final week of October with quarterly interest at 7 per cent per annum up to maturity in five years on October 30, 2025.

“Sometimes sealing a deal runs a little ahead of securing the funding, and while there is cash, we decided against going that route,” said SVL Executive Chairman Gary Peart.

All of the debt funding raised is spoken for, and is being divvied among three transactions. It will pay for the acquisition of 51 per cent of Post to Post Betting, a deal completed in July 2019 at a cost of $572 million; as well as the acquisition of assets for Supreme Route Limited, SRL – formerly Bingo Investments Limited – which resulted in SVL acquiring 51 per cent shareholding in that company. SRL was the vehicle used to acquire the real target, Champion Gaming, Peart said. The transaction involved a cash consideration of $1.42 billion and an allotment of 49 per cent of Supreme Route shares valued at $1.36 billion to Champion Gaming Limited.

The debt raise also covers the $1.5-billion purchase of Video Lottery Terminal gaming machines and other assets from ICE Jamaica Limited, according to the prospectus.

The document seen by the Financial Gleaner outlines $3.49 billion in deals, but Peart says SVL opted to secure only $3 billion through the placement.

SVL, which now operates under the moniker Supreme Ventures Group following acquisitions at home and market forays outside Jamaica, has declared itself victorious, so far, against the tumultuous waves thrown at businesses by the COVID-19 coronavirus.

The company is also keeping a side eye on emerging competition when the lottery market opens to a new player soon – rivalry that SVL seems to be positioning for through diversification – but that for now is secondary to the virus and how to outsmart it.

SVL is behind on its earnings year to date, but its third-quarter results have outperformed the September 2019 quarter, narrowing the size of the fallout over nine months. Peart said some of that was due to the acquisitions made by the company, and restructuring of group operations.

Revenue was down $123 million over nine months, but that amounted to a marginal 0.4 per cent decline to $27.9 billion.

“That worked out because if you look at the third-quarter results, the outperformance for that period was driven by the acquisitions of Post to Post and Champion Gaming,” Peart said in an interview with the Financial Gleaner.

SVL Chairman Peart assumed the title of executive, as an interim measure, after taking on the role formerly held by Group CEO Ann-Dawn Young Sang, who made a surprise exit from the company in January of this year.

But before that, she had led the acquisitions as well as the restructuring programme that in November 2019 saw Supreme Ventures Group split itself into two main divisions, Prime Sports Limited, covering gaming and operations, headed by Xesus Johnston, and SVL Shared Services, headed by Dennis Chung.

“That structure is one of the main reasons for the outturn last quarter. What we have is that more people are aligned with specific strategic objectives. That has put them into overdrive as they push towards their targets,” Peart said.

He cited as an example the initiative led by SVL Shared Services to consolidate the company’s operations under one roof at Retirement Crescent, Kingston, earlier in August, while giving up prime office space at the Sagicor building in New Kingston. Peart says the annual savings from that move is estimated at $40 million.

For the third quarter ending September, SVL took in $10.41 billion in revenue, net of payouts for winnings, which was nearly $1 billion more than the comparable period in 2019 – results the company described as a “rebound from the impacts of the closures and curtailment of operations in Q2”.

Peart says the improvements in the third quarter were due to the reopening of the Jamaican economy following the lockdowns that lasted more than two months. Curfews remain in effect, but the extended hours and lifting of some restrictions on entertainment spots have meant more business for SVL.

“Every hour more of economic activity that I can get is another hour that I can put on my platforms,” Peart said, noting, for example, that when the curfew was set at 8 p.m., the 8:25 p.m. draw for its most lucrative game, Cash Pot, had to be cancelled, resulting in loss of sales.

Not all of the elements of SVL’s expansion are currently bearing fruit. The Guyana operations is still a loss-maker, but Peart says he is optimistic that as the Guyana economy reopens, it will result in better revenue flow and prospects for profit.

As for its other loss-maker, the Cyamanas Park horse track, operated under subsidiary SVREL, Peart says the group has pumped $2 billion into the racing operation and would likely have made a profit in the July-September quarter were it not for a one-off expenditure. Instead, SVREL made a loss of $1.5 million.

“The one-off expense referenced was a final payment to an overseas agency whose mandate was to facilitate commingling agreements with global entities,” Peart later explained. That payment amounted to US$30,000, or $4.3 million in local currency.

SVL acquired Caymanas as a loss-maker from the Jamaican Government. As part of efforts to right the ship, and to keep racing interests in the loop on the operations, SVREL, under the leadership of Chairman Solomon Sharpe and General Manager Lorna Gooden, now releases monthly financial reports.

“That decision to publish the monthly numbers for Caymanas has proven beneficial because numbers don’t lie, and so when we say what the situation is, then it is credible and real,” said Peart.

“The more than 40,000 stakeholders have a better understanding, hence greater buy-in,” he said.