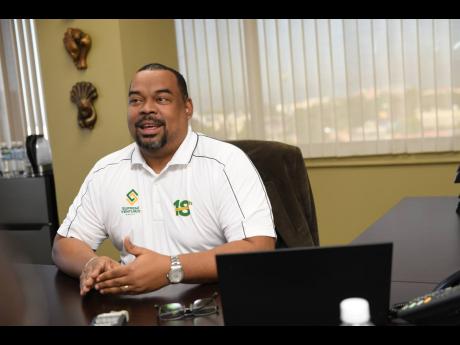 Supreme Ventures Guyana Holdings, which recorded losses in its start-up year 2019, had its problems compounded by the outbreak of COVID-19 and a disputed general election in that country in March.

Retailer recruitment and buildout of the network continues in Guyana, but have been hampered by the two events.

Nonetheless, executive chairman of parent company Supreme Ventures Limited, Gary Peart, on Thursday assured shareholders that company heads had devised a new strategy that should get the business positively contributing to SVL Group results by March 2021.

“We have seen a setback from our original plan, but we are happy to announce that we have created a new strategy and we expect this business to start contributing positively to the group’s profit by the first quarter next year,” Peart said during the company’s annual general meeting.

The chairman, however, did not go into detail about the strategy for the subsidiary.

Supreme Ventures Guyana was launched in Georgetown in February 2019, operating as iBet Supreme.

While discussions are happening around improving the earnings for the Guyana operations, which in quarter had lost $54 million, Peart anticipates that regarding the group, profit would improve overall based on a combination of projects already under way – including the horse track tours with Chukka Caribbean and the launch of Supreme Ventures Services Limited, plus other things to come over the next three to six months.

Like many other companies, SVL’s operation was negatively affected by the outbreak of COVID-19, but it managed to maintain profit of $929 million on revenue of $9.6 billion for the six months ending June.

Internally, the company has been looking to minimise costs and recently took the decision to consolidate its offices on one property – moving its registered office and principal place of business from the R Danny Williams Building in New Kingston to 9A Retirement Crescent.