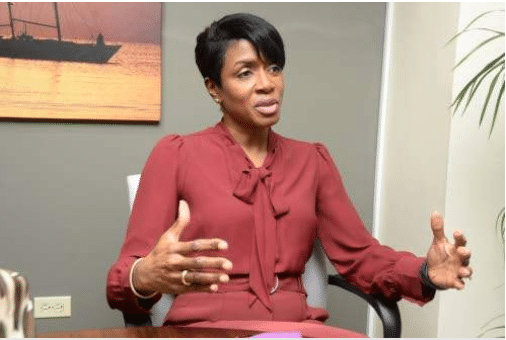 As a result of this strong performance, SVL contributed over $7.8 billion to government agencies and related bodies, an increase of almost one billion dollars over 2018.

Total winnings for the year amounted to $50.77 billion from 97 million tickets in an adult population of 1.7 million.

Post-to-Post Betting, which was acquired by SVL early last year, contributed $39.39 million for the first six months of operation as an SVL subsidiary.

Earnings per share of 92.59 cents enabled the company to pay dividends to external shareholders of 60 cents for the quarter ended September 2019 and a further 20 cents that is being recommended as final payment for 2019. This will bring the total dividends per share to 80 cents or 86 per cent for 2019, an increase of 2.6 per cent in comparison to the total dividend payout in 2018.

In her forward to shareholders SVL’s President and Chief Executive Officer Ann-Dawn Young Sang notes that a portion of the earnings for 2019 was reinvested to support the ongoing acquisitions of the SVL Group and capital expenditures.

Total assets attributable to shareholders increased by $2.81 billion as a consequence of the acquisition of Post–to-Post Betting, deposits on the assets of Champion Gaming, and the implementation of the International Finance Reporting System 16 (Leases) in 2019.

All segments of the business performed better in 2019 than in the previous year, reflecting increases of 10 to 15 per cent. The lotteries and pins segment continues to deliver results above expectations based on the strategic initiatives implemented during the year.

The Sports Betting segment (excluding Any Bet) achieved gross ticket sales of $1.31 billion, which is a significant achievement in a post-World Cup year.

The horse racing segment, which came into being after SVL acquired Jamaica’s sole race track, Caymanas Track Limited from the Jamaican Government in February 2016, continues to bleed. However, the financial haemorrhaging in 2019 was not as severe as in 2018 when the losses amounted to over $300 million.

The losses for 2019 are down to $214 million, representing an improvement of 15 per cent year over year.

The news is good in that the racehorse segment recorded a 14 per cent increase in revenues, an improvement of $845.6 million during 2019.