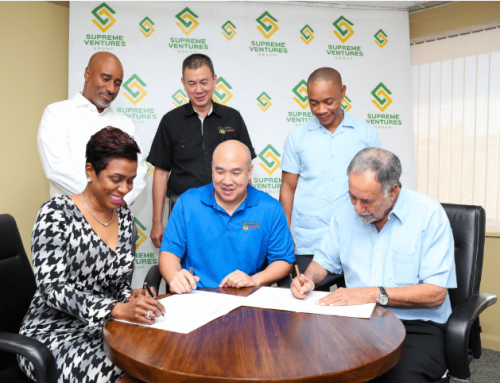 Champion Gaming Company Limited is a Jamaican-owed company, which has more than 1,200 machines in the Route Video Lounge Terminal (VLT — slot machines) business in Jamaica. It commands about 15 per cent of the slot machines market operating in the island.

With this acquisition SVL has increased its foothold of the slot machine market in Jamaica and it represents the latest addition to its regional expansion programme.

Supreme Ventures said the acquisition is in keeping with its strategy to expand into new and existing market segments and product streams. In addition, the acquisition, will also enable better partnerships with small business owners who benefit significantly from the slot machine industry, providing a partnership with a stronger entity, and enabling better representation of their interests at the regulatory table.

SVL acquired Champion Gaming through its wholly owned subsidiary, Bingo Investments Limited. The board of Bingo announced last Friday that the acquisition, which was initially announced on December 20 last year, has been completed.

SVL has announced the appointment of one of its directors, Damian Chin-You, to chair the board of Bingo.

Young Sang pointed out that with this acquisition, the company will be able to achieve greater economies of scale, leverage its synergies, and solidify its market position while expanding its product base in the gaming slots industry.

This investment in the Jamaican market by a Jamaican company, she said, shows the organisation’s confidence in the economy and cements the viability and strength of the market for further investments.

“We continue to execute on our growth and expansion strategy, which creates value for our employees, our over 5,000 shareholders, and our main partner, the Government,” Young Sang explained.

She emphasised that the strengthening of the partnership between SVL and the Government is essential to the sustained growth and development of the country’s economy, as SVL is one of the country’s largest tax contributors.