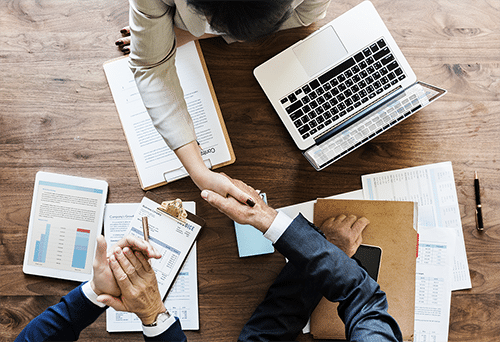 SVL announced that the change comes amid the streamlining of their group of companies in which President & CEO Ann-Dawn Young Sang will spearhead the regional implementation. She will be supported by the heads of two new operational divisions in SVL’s wholly owned subsidiary, Prime Sports (Jamaica) Limited.

In a posting to the Jamaica Stock Exchange, SVL says “Young Sang will remain president & CEO, and maintain her positions on the boards of SVL, Prime Sports (Jamaica), Supreme Ventures Racing & Entertainment and Supreme Ventures Enterprises in Guyana. The company’s expansion plans are largely being driven by the build-out of operations in their newest subsidiary in Guyana, and in other opportunities.”

MAJOR INVESTMENTS MADE IN JAMAICAN OPERATIONS

SVL notes that it has made major investments in its Jamaican infrastructure in preparation to support the coming additions.

The posting adds that “Co-CEOs Dennis Chung and Xesus Johnston both come to their new positions with a wealth of experience and proven track records in their career backgrounds.”

Chung, former CEO of the Private Sector Organisation of Jamaica (PSOJ) and current chairman of the National Solid Waste Management Authority, is a well known political and financial commentator and has been SVL’s chief financial officer for the past 20 months.

Johnston has been in the role of senior vice-president of gaming operations since the beginning of 2019, and has successfully strengthened the company’s retail, sports betting and gaming lounge operations during that time. SVL points out that having held the role of commercial director – global airtime and transactions for 11 counties for Facey Telecoms, and previously general manager of Jamaica Beverages Limited, Johnston’s leadership history prepares him well for this new role.

SVL Chairman Gary Peart says the board is looking forward to this next chapter in the Supreme Ventures story.

According to Peart, “We are strengthening our team and building our capabilities to enable our continued development through regional expansion. This move enables us to leverage our talent pool to enable increased focus and development in critical growth areas, while ensuring that our local operations are fully maximised. The strategy is to bring even more increased value to our shareholders.”

In the meantime SVL has advised that W David McConnell, former chariman of SVL, has been named as the new chair of SVL’s Audit, Risk and Compliance Committee.

“Mr Howell, who has been a director with the group since 2017, advised the board that his decision to resign was in no way influenced or associated with any matter before the committee, but is due solely to personal reasons and commitments,” SVL further stated.