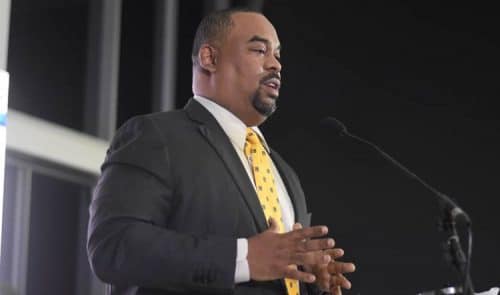 Mayberry Investments CEO Gary Peart has been named Chairman of gaming company Supreme Ventures. Peart takes over the mantle from Chairman W. David McConnell who has held the role for the past two years.

McConnell will assume the role of Chairman of the board’s finance committee and will remain involved in the strategic oversight and risk management of the business. McConnell decision to step down as Chairman is primarily based on family obligations and was informed largely due to his now expanded responsibilities with his various companies and new opportunities in his business, Select Brands.

He is co-managing Director of Select Brands Limited and sit on the boards of Select Brands Limited, Ironrock Insurance Company Limited, Scotia Group Jamaica Limited, Scotia Investments Jamaica Limited and Hillel Academy.Peart has been CEO of Mayberry Investments Limited since May 2005 and is largely credited with building the business into one of the leading investment houses on the Jamaican financial landscape.

He has over 20 years of corporate finance experience in Jamaica and currently serves as the Deputy Chairman on the board of the Jamaica Stock Exchange. He also sits on the boards of Lasco Financial Services Limited, Lasco Distributors Limited and Ironrock Insurance Company Limited. Peart previously held the role of finance committee Chairman for SVL.
“We thank David for his extremely hard work executing the vision of taking SVL to the next level over the past two years. He has presided over 20 record-breaking months of achievement during a period of great change for the company. His stewardship has been tremendous, and we look forward to building on the foundation he has laid” stated the new Chairman Peart “I am excited to be taking on this role as we move into the next phase.”