SVL To Take a Bet on Guyana Market 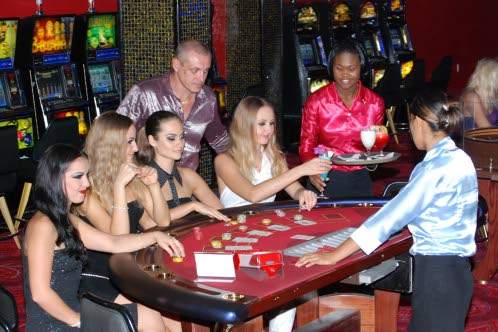 The agreement should see SVL opening up gaming operations in Guyana, a market currently dominated by the Princess Hotel and Casino and affiliate of the Canadian Bank Note Company, Guyana Lottery. Guyana Marriott is also looking to get a toehold into the market.

SVL, in a statement to shareholders on the Jamaica Stock Exchange, said the agreement with Guyana Gaming Authority is subject to a confidentiality clause, and in this regard, will make full disclosure of its plans for the market as soon as SVL is able and permitted to.

When the Jamaica Observer tried to contact President and CEO of SVL, Ann-Dawn Young Sang on its interest in the country with population of 782,225; the newspaper was told she was off the island.

It’s not clear if the Guyana agreement is part of ideas put forward by at least one newly appointed director Gary Peart to boost revenue earnings. Last October, Peart told journalists that he is confident that the lottery and gaming company could, in months, increase profit by $1 billion under the new board of directors.

“We have some ideas, which ultimately we will discuss with the other board members and if we get consensus around it, it will help the company forward. I’m sure that when we go in they will also have their ideas which we can always discuss and that’s what makes a company strong, when the leadership of the company is constantly looking at different ways for it to grow,” he told the Caribbean Business Report during an emergency press conference last year.

Statistics from the Betting, Gaming and Lotteries Commission detailed the local gaming industry to rake in revenues of $135.6 billion in 2015/16; dominated by video lottery terminal (VLT) gaming products, which grew considerably by $16.7 billion or 22 per cent. By contrast, 19-and-under gaming operations, the majority of which are located outside of the Kingston Metropolitan Area, had revenues of $1.422 billion which was $12 million less than the previous year.

Lottery products accounted for 30 per cent of the gaming sector, netting $34.1 billion, $1.3 billion decrease or 4 per cent less than the comparative fiscal period. The betting sector, which comprises horse-racing and sports betting, grew by 6 per cent during this period, totaling $184.6 million and $317.3 million respectively.

Of the $135 billion industry; SVL Group recorded revenue totalled $45 billion for its financial year ended 2016, a two per cent increase over prior year’s result. The company noted in its financial report that the growth was mainly driven by Personal Identivation Number (PIN) code products which grew 26 per cent. However, cash pot revenues fell by $429.214 million, attributable to a low payout trend.

Currently, SVL has Super Lotto as the Group’s only multi-jurisdictional game. Company financials showed that Super Lotto continue to contribute positively to the portfolio with sales increasing by $22.735 million or 4 per cent in 2016; Jamaica and the Dominican Republic being the largest contributors to revenue. Jackpots were won in Jamaica and St Maarten in 2016, and in Jamaica and Barbados (twice) in 2015.

Aside from that SVL aires international horse-racing for locals to bet on.

Consequently, Guyana will be SVL’s first venture outside of Jamaica not operated under the multi jurisdictional licence.